The Seven Secrets of Bologna!

Bologna is rumored to posess seven secrets, but it’s difficult to find information on the internet.

Likewise most of the Bolognese people and other Italian locals aren’t sure which ones are the famous seven secrets…. 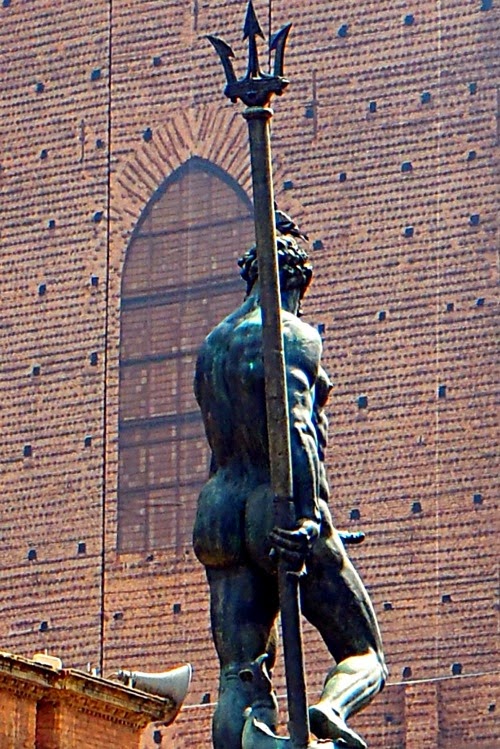 Nettuno, was sculpted by Giambologna in the mid- 1500s, is the first stage to discover the seven secrets. While completing the Statue, Giambologna was asked by the Cardinal to reduce the Neptune virility, due to religious regulations at the time. Giambologna agreed with the Cardinal, and decided to hide a secret within the sculpture, to restore the God’s virility.

Giambattista studied a point of view, from the Sala Borsa, in directions to the Neptune, from which the hand of Neptune seems to be his penis. In fact, if you look the Stature from that corner, Neptune appears to have an erection. This was the sculpturist attemp to scream ‘stick it to them Neptune. Whether intention or not, its effect is certainly visible and has induced the checky visitors of the city chuckle at this news.

2. Whispering in the Archway of Palazzo del Podestà.

From Piazza Maggiore, turn your back to San Petronio and head towards the archway at the centre of Palazzo del Podestà. You can play this game, if you stop in the right hand corner of the archway, while sending a friend to the opposite corner, diagonallywise.You can whisper right into the wall, and your friend from the opposite corner will hear you loud and clear, despite the traffic and the hustle of the city centre.

The funny thing is that these corner have turned black, for how many people tried the whispers game. Tradition holds that this was a place for lepers to confess their sins during the middle age, without getting direct contact with anyone.

Bologna sits on top of a network of underground channels that were built during the 12th Century similar to the ones in Venice. While walking around Bologna it is often possible to see some water flows. The secret is hidden in Via Piella, where you’ll see a window looking towards the hidden canals of Bologna. This one, is the Canale delle Moline, is a continuation of the Canale Reno. It’s called ‘Little Venice’ because the most beautiful channel, and the one which resemblance is mostly similar to those in Venice. Back at the time, channels were very importants for this industrial city, to move commodities and merchandise, there was even an area of the city that was essentially a port (the area around the actual Riva di Reno). 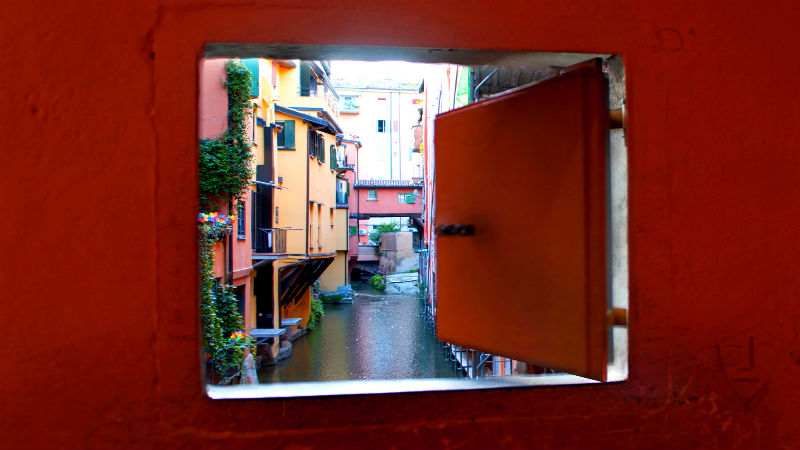 From the beginning of the 19th Century, during the post war reconstruction, these channels were largely blocked and replaced by roads. There are still a large number of underground water-passages; it’s even possible to organise a trip around them.

4. The Arrows in Corte degli Isolani

The entrance of Corte Isolani (a little passage full of trendy bars and shop which leads from Piazza Maggiore to Piazza Santo Stefano) is located on Strada Maggiore built of wooden beams dating back to mid 1400s. You should cast your gaze up to the ceiling above the street, and look carefully at the rafters you’ll be able to observe 3 arrows which are stuck, from the past centuries. 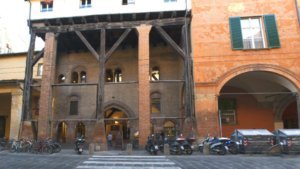 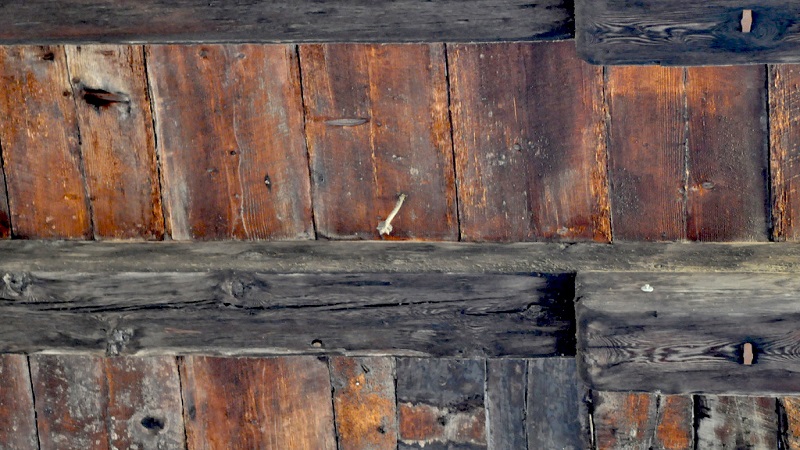 From the legend we know that there were 3 villains, about to shoot a local merchant, but they were distracted by the appereance of an undressed maid at one of the windows. The arrows were sent loose, and failed to hit their target.

While walking under the portico of Bologna in Via indipendenza, you will notice a strange inscription, Panis Vita, Canabis Protectio, Vinum Laetitia. It roughly can be translated as ‘Bread is Life, Cannabis protection, Wine is happiness’. This is a reference to the peak of medieval culture in Bologna, were Cannabis as a crop, was an important contributor for the city’s wealth in Emilia Romagna: we had the main centres to cultivate this plant, for its various purposes, from textile to rope-making. 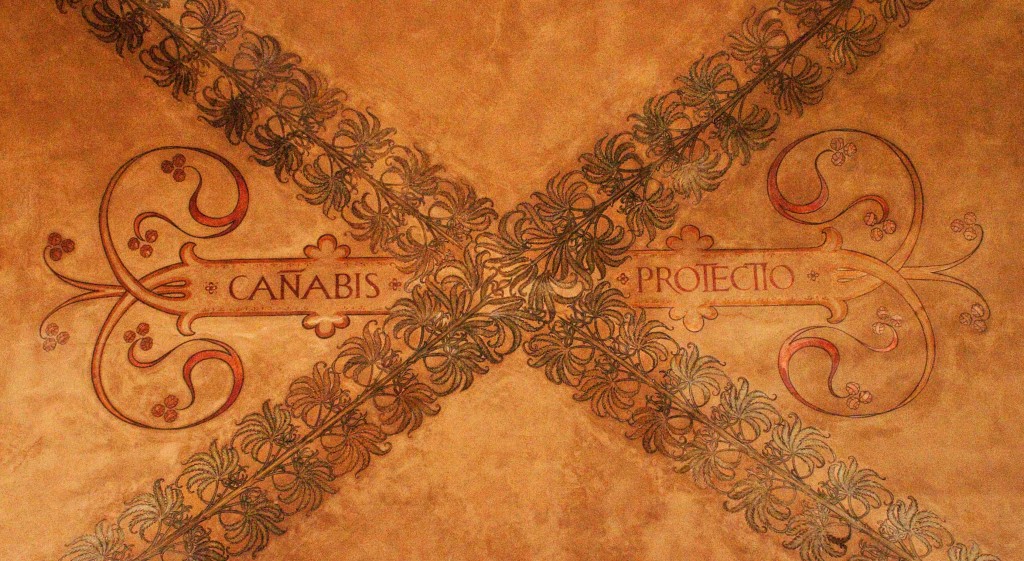 6. The Broken Vase at the Top of the Asinelli Tower

The Asinelli Tower, alongisde the shorter tower, the Garisenda, dominate Bologna’s skyline. You’ll find them at the end of  Via Rizzoli. It is quite an arduous task to climb up to the top of the Asinelli tower, but it’s worth the view from the top of the city. Plus, this is the location where the 6th secret hides. On top of the tower there is a broken vase, which symbolises Bologna’s ability to solve conflicts and disputes; the reason why it became such a prosperous city.

Beware! Never climb the tower before you graduate, it brings back luck. 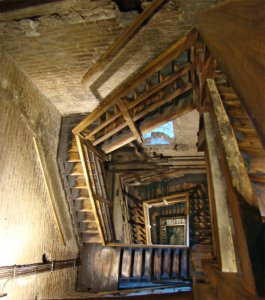 7.  Panum Resis in the University.

The final secret of Bologna, is a still a secret!

There is an inscription in one of the most historic tables in the University, in Via Zamboni, is the latin phrase Panum Resis. The phrase mans knowledgne as the ground for any decision. After checking with many graduates from the Alma Mater Studiorum, the world’s oldest University, none have been able to find the place where this inscription is hidden. 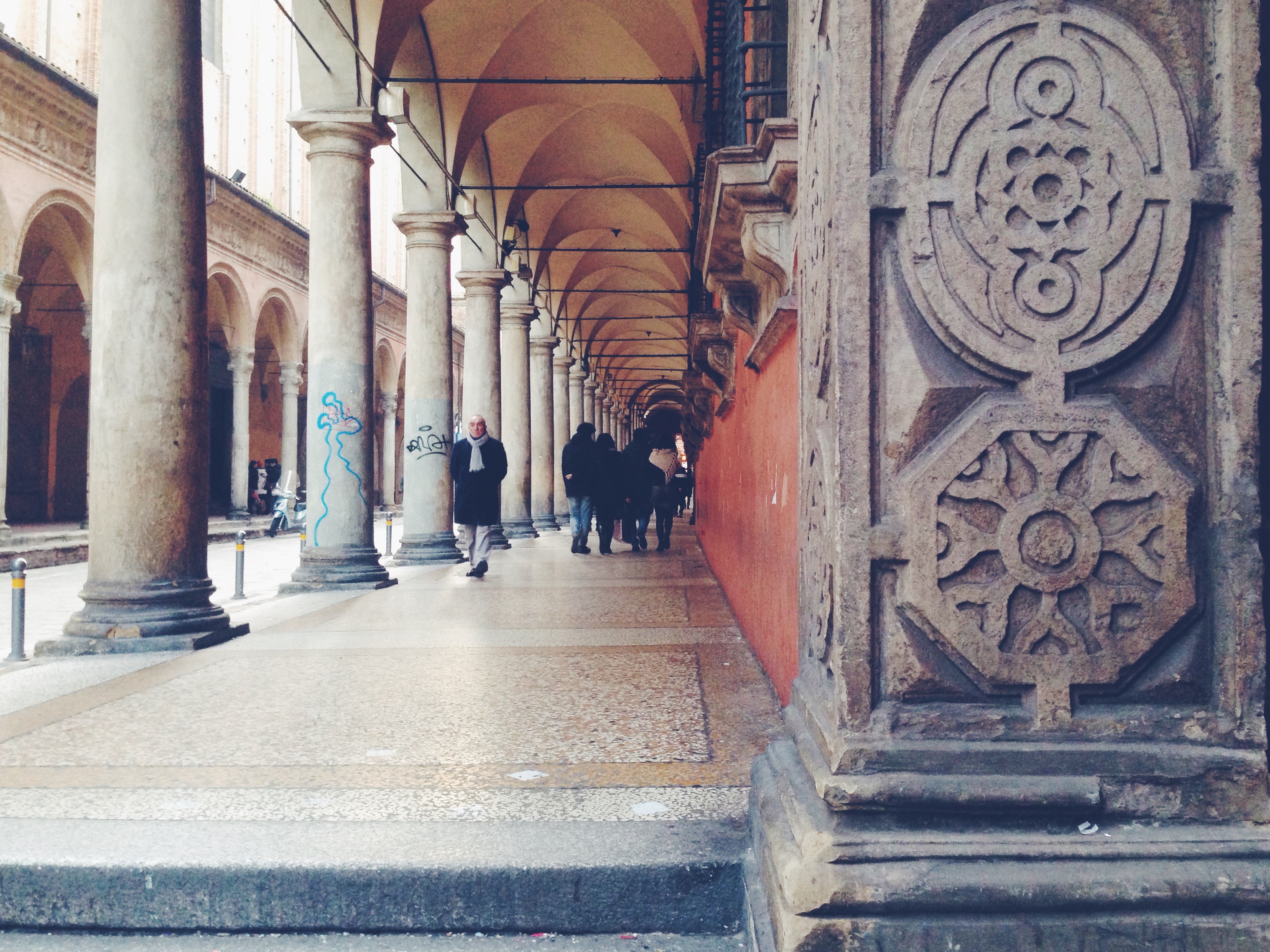 Book With Us and come to discover The Seven Secrets of Bologna!